If I bought a Mazda 2 to replace my Yukon XL on the premise of saving money on fuel, it would take 5 years for me to start saving money. At least. 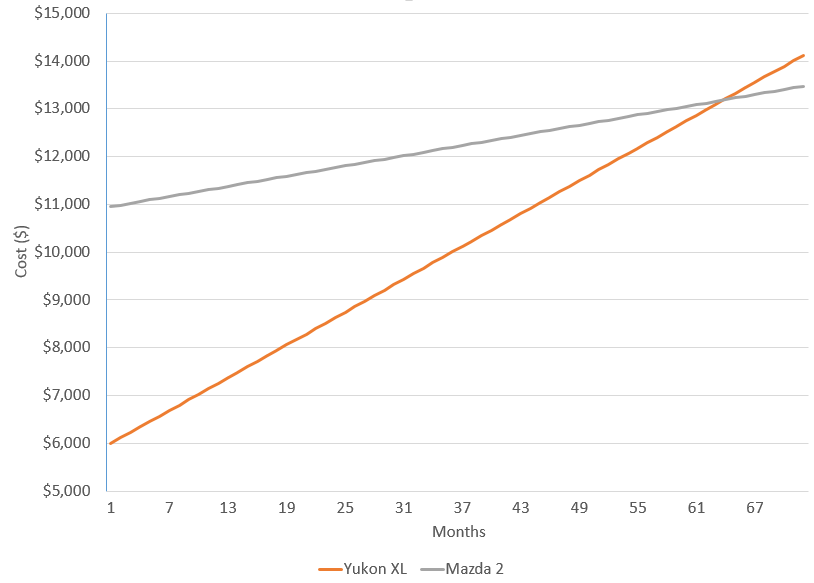 Want to know the secret to actually saving money on gas? Drive less. If you commuted a half hour to work each way over the last year in a hatchback, you burned more fuel than I did in a vehicle that weighs 5200lbs empty and seats 9. Oh, and that includes a couple of 1500km+ road trips in it.

A few notes about how I arrived at this: